Travel to Moscow by train and you’ll find a first class destination not to be missed on your holiday of a lifetime. Thoroughly modern, yet steeped in history, Moscow has a new discovery round every corner – it simply isn’t possible to be bored in Moscow!

“Ancient white-walled Mother of us all!” was how Russians called their capital – which many serfs cheerfully referred to as “Mummy!”. Moscow took over the role of capital when the Mongols razed Kiev to the ground in the Middle Ages… its famous gold onion-domes have the image of Russia you’ll barely in St Petersburg. Much of Moscow still bears witness to those early days. The Kremlin is a huge C15th citadel built when marauding Mongolian troops were still a real menace. Its enormous fortified walls guard the ancient Kremlin Cathedrals within, once the centrepiece of the Russian Orthodox Church – and now once again restored to religious use (you can visit, but no shorts or tees). The colossal Treasure of the Russian Tsars is now on view within the Kremlin too, securely displayed in the former Armoury Chamber.

Muscovites are addicted to pleasure, and the city overflows with stupendous restaurants, bars, clubs, & coffee-shops. Winter was always the holiday-time in Russia (too cold to work outdoors on building or farming) and with that came theatres – Russians love a show, and the Bolshoi Theatre is world famous (opera & ballet, on their “No 2” stage whilst the main theatre’s being rebuilt). Come in winter to see Russians at play (theatres shut in summer here!), or in summer take a stroll in the Botanical Gardens? Muscovites love to party, and the wild nightclubs or chic bars open until very late, year-round.

Imagine the train pulling in to Moscow – you are about to step off and begin your exploration of this great city… just one of the unique experiences you could enjoy on the holiday of a lifetime with The Russia Experience. 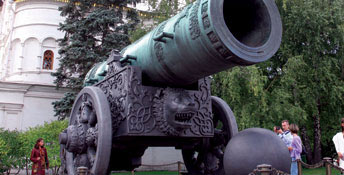